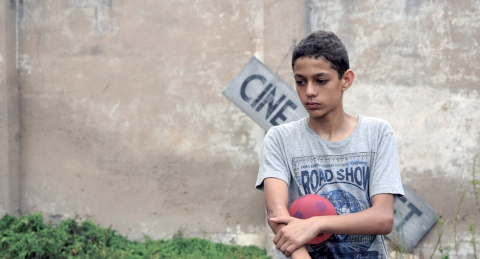 The Kids From The Port

The Kids From The Port

Miguel promises to makes the journey that his grandfather can’t make because he’s locked up by his own family. The mission is very simple, go to a funeral and leave an army jacket on the grave of an old man, a friend of his grandfather. Miguel, accompanied by Lola and Guillermo, wanders the outskirts of Valencia, looking for a cemetery and faces a deserted city. The journey turns step by step into a risky way full of uncertainties, and much longer than their child mind could foresee.