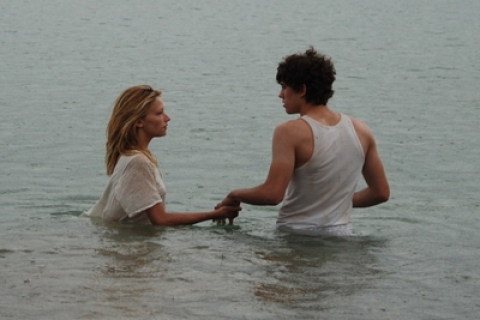 Stranded after a car accident in the rural countryside of Greece, step-siblings Charlotte and Sye slowly realize they are actually struggling between life and death in the still-submerging car. During their surreal journey, they meet Benerji, the vagabond-philosopher who guides them and helps them imagine what it means to be family, what it means to be an adult, and what it means to be alive.


Was born in 1962 in Athens, Greece and moved with his family to Germany where he completed his education in Fine Arts. He moved to Los Angeles in 1983, following a call from his cousin John Cassavettes, and began his feature career as Director of Photography for Roger Corman. He now counts over forty features to his credit as director of photography including 3:10 To Yuma (2007), The Pursuit of Happyness (2006), Walk the Line (2005), Sideways (2004) and The Million Dollar Hotel (2000). He directed the psychological horror film From Within (2008).