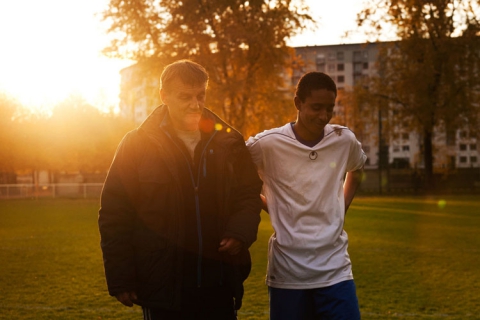 Mitri is 15 years old and lives in a village in Senegal. Like most of his friends, he plays soccer and dreams of one day playing for Barça and Chelsea. When a recruiting agent becomes interested in him, Mitri believes his day has come. His family goes into debt to support his trip to Europe. Once in Paris, the dream collapses. Mitri is left alone penniless in an unknown city and, not wishing to face the shame in going back to his village, begins his odyssey.