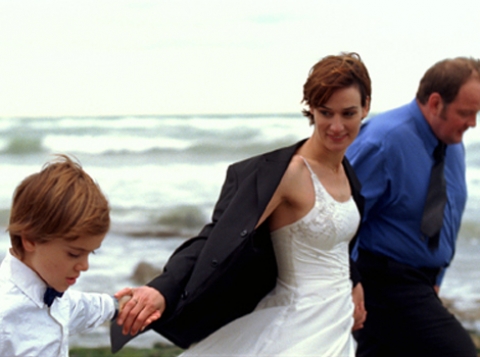 A small fishing harbour in Normandy. They have been sent on the same path by an ad, and Angèle enters in Tony`s life. Angèle is rough and knows nothing about love; her attempts at seducing him are met with rebuttal. Not like this, not this fast - he cannot believe that she is here for him. 
A scriptwriter and director, she has made her debut in 2003 with the short film La Piège. She wrote the screenplays for the TV series Léa Parker (2003) and Plus Belle la Vie (2004). Her film Comment on Freine Dans une Descente? (2006) was awarded the Golden Lion for Best Short at the Venice Film Festival. Angèle and Tony is her debut feature film.