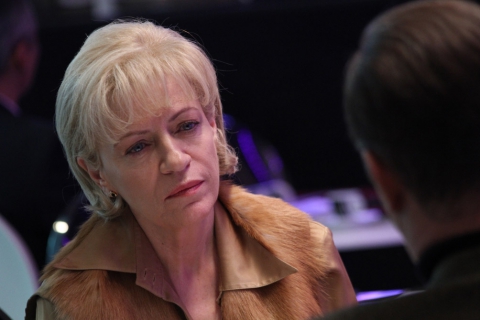 Cornelia is 60 and fundamentally unhappy: her son Barbu, 34, fights with all his might to become independent. He has moved out, has his own car, a girlfriend who obviously doesn`t meet Cornelia`s standards and – most upsettingly – he avoids his loving mother as much as possible. When Cornelia finds out that Barbu was involved in a tragic accident, her motherly instincts take over and she uses all her skills, well-connected friends and money to save Barbu from jail. Then she expects him resume being the dependent child he was before. Winner of the Golden Berlin Bear and the Fipresci Prize at the Berlin Film Festival. 
Born in Petrosani, Romania, in 1975. His family emigrated to Germany in 1983. In 1994, he returned to Romania in order to study film directing in Bucharest. After a series of short films, he made his feature film debut with Maria (2003), winner of the Special Prize of the Jury at the Locarno Film Festival. He also directed Medal of Honor (2009) and Child’s Pose (2013, 37th Mostra), which reiceived the Golden Bear and the FIPRESCI Prize at the Berlin Film Festival.