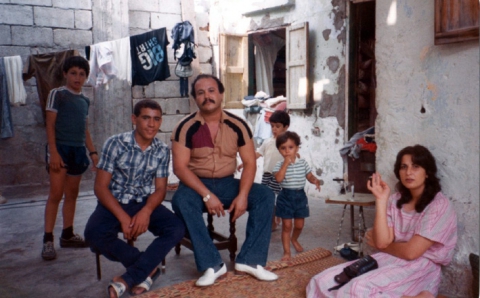 A portrait of three generations of exile in the refugee camp of Ein el-Helweh, in southern Lebanon. Based on a wealth of personal recordings, family archives and historical footage, the film is a sensitive study of belonging, friendship and family.


Born in Dubai in 1979. He was raised in Ain al-Hilweh refugee camp in Lebanon and later in Denmark. In 2009, Fleifel graduated from the National Film and Television School in London, where he now lives and works. He has directed the short films Arafat & I (2008) and 4 Weeks (2009). A World Not Ours is his first feature film.