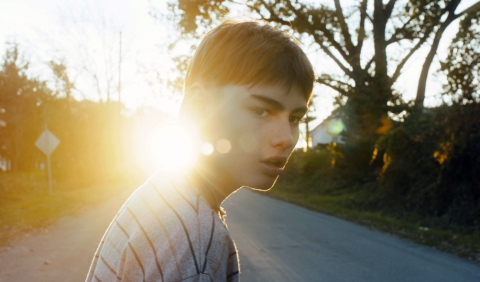 Atticus and his mother lead secluded lives in a wooden house in a forest. They don’t need much to live on and can get by without electricity, finding use for many things people leave on the roadside. Returning from a birthday party one day, Atticus finds a paramedic carrying his dead mother out of the house. Not wanting to be taken into care, he escapes into the woods without any fear and managing to survive for days on a diet of herbs and berries. One day, a man saves Atticus from a dangerous situation. He is also homeless and lives as freely and independently as the boy`s mother always dreamed of doing.