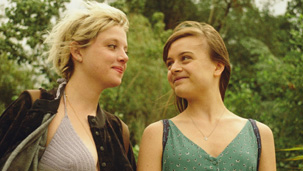 Film maker Renaud Delourme utilizes the music composed by Armand Ammar as background to photographer Yann Arthus-Bertrand`s images. His idea is to awaken the respect, now lost, for the Earth - to talk of ecology and responsibility, awakening the senses in the spectators by means of Arthus-Bertrand`s photos. With a passion for photography from infancy, he was briefly involved in cinema as an actor and assistant director. At the age of 30, he moved, with his wife, to Kenya, where he proceeded to study the behavior of the lions in the Masai Mara reserve. There, he opted for photography, and specialized in adventure, sports, and nature.


He began his career as a television reporter for French television, with the famous Thalassa program on oceans, even today shown on Channel 3. In the seventies, he made several TV documentaries and, in 1988, founded the Éditons Montparnasse, one of the most important producers of independent video. Earth from Above is his first feature.