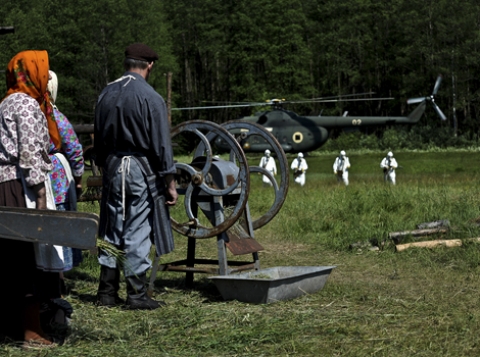 A number of students have traveled to the Caspian region in order to participate in a kite-flying event during the Winter solstice. Next to their camp is a small hut occupied by three cooks who work at a nearby restaurant. The cooks are looking for some meat to cook and there’s no one around other than the young students. The film is based on a true story about a restaurant that served minced human flesh for food and is shot in a single take.