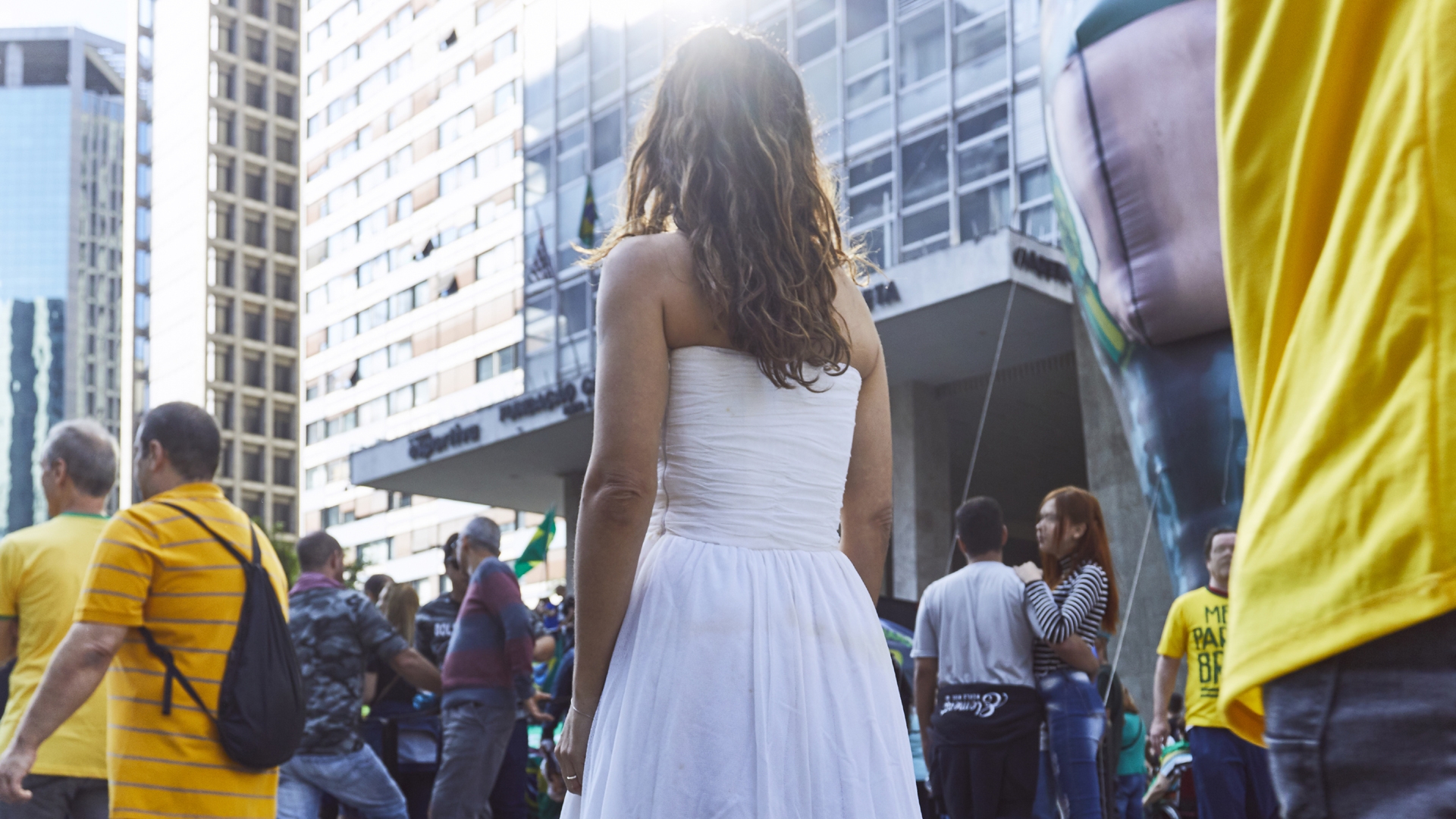 In October 2018, a week before the presidential elections, the actress and writer Maria Ribeiro decides to register a divided country – and she compares the political tension to an end of a marriage. The documentary has interviews with personalities such as vice-presidential candidate Manuela D`Avila and psychoanalyst Maria Rita Kehl.
Brazil documentary politics female directors 
Director and photographer, Cunha moved to cinema in 2010. In addition to directing music videos, he also co-directed the film Cine Morocco (2019), by director Ricardo Calil. He photographs and directs documentaries for the Instituto A Gente Transforma by Marcelo Rosembaum.