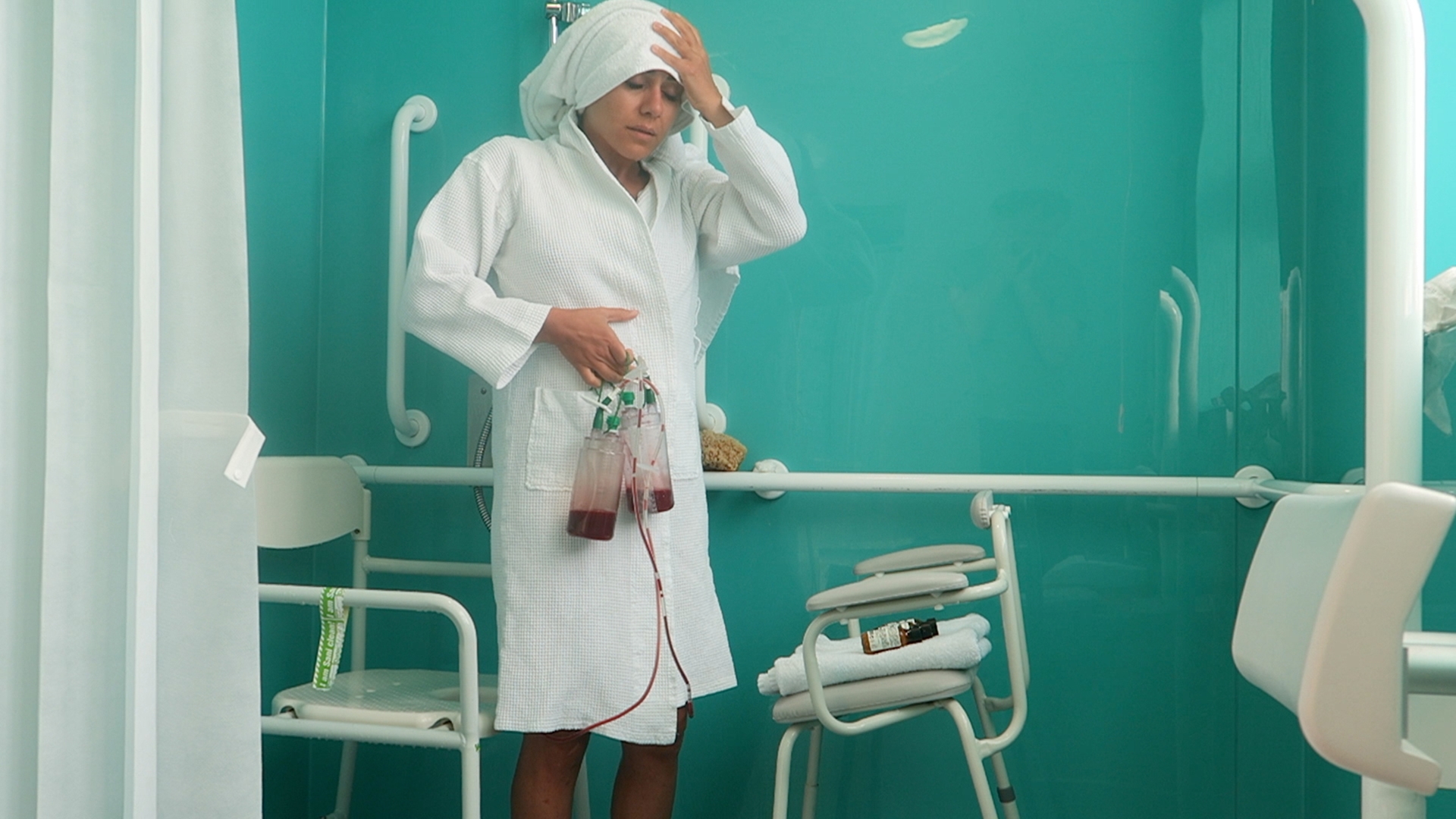 A MOON FOR MY FATHER
Iran, United Kingdom

Mania Akbari collaborates with British sculptor Douglas White to coin a tender fusion of language, where a meeting of cinema and sculpture investigates the processes of physical and psychological destruction and renewal. The film charts a deepening artistic and personal relationship exploring the nature of skin, family, death, water, desire and, throughout, a powerful will to form. Akbari looks into the connection between her body and the political history of Iran, investigating the relationship between her own physical traumas and the collective political memory of her birthplace. All these things provide a course, as she undergoes various surgeries on a body decimated by cancer. Her body’s history engages in a conversation of how bodies are traumatized, censored and politicized, and yet ultimately remain a site of possibility. 
Born in Guildford, United Kingdom, in 1977. He is a sculptor, acknowledged for creating art with found objects and materials. He has exhibited his sculptures in the United Kingdom, Europa, United States and South America, including Brazil.