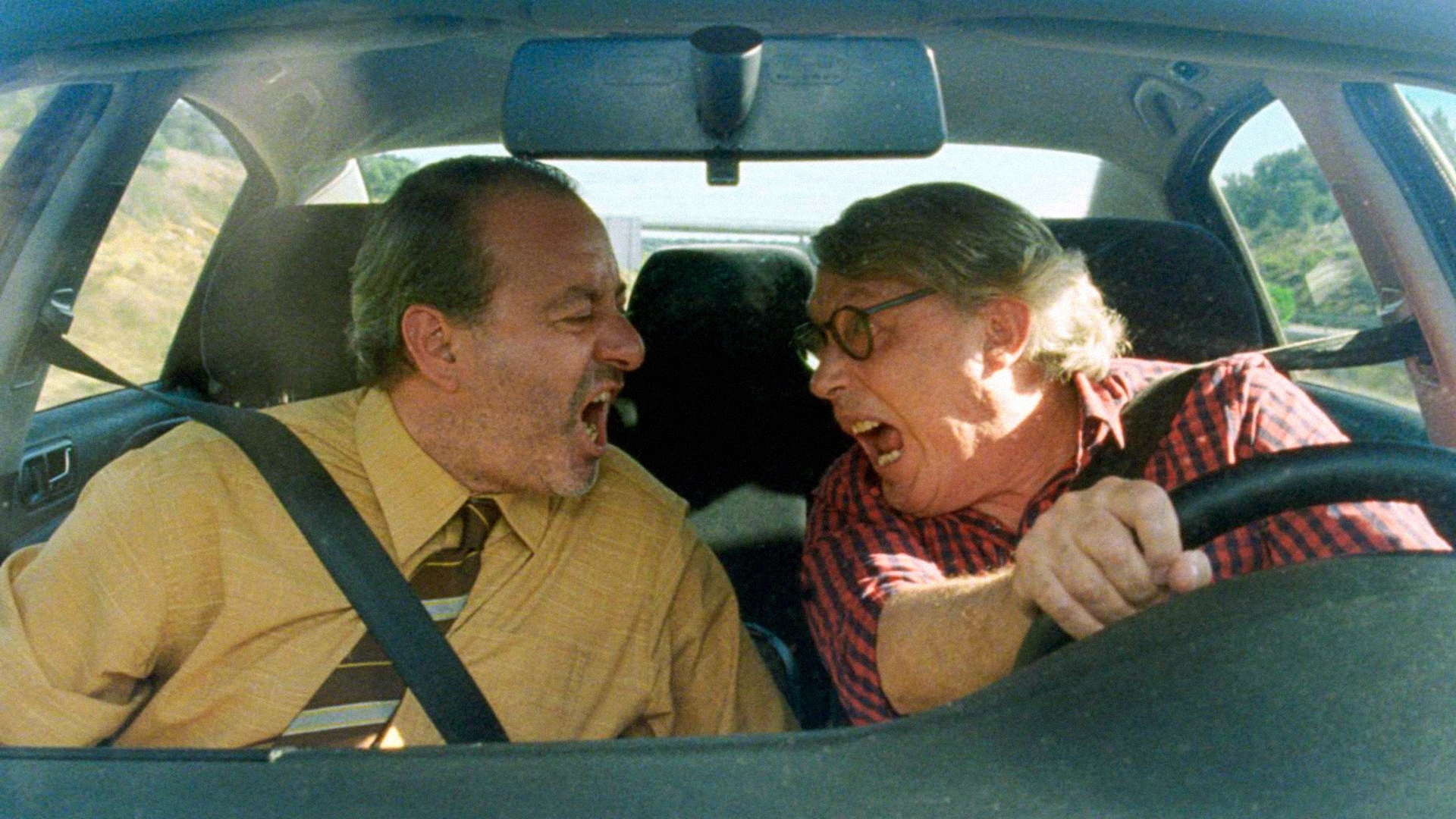 Luís Rovisco, divorced and well into his sixties, is hoping to retire soon from his job as the commercial director of SegurVale - Integrated Systems of Access Control. Until that happens, he can more often be found behind the wheel of his car, singing about what he sees along the way. Quick on the draw and with a ready smile, his years of experience allow him to gracefully avoid the traps that technology, his coworkers and a mysteriously absent boss keep setting on his path. Not even the death of Napoleão (a cat), the constant pain on his knee or a family altercation overpower him: there’s no wrong that a song can’t make right. But before Lucinda, the receptionist at Almadrava Hotel, he finds himself singing to a different tune.
Portugal France old age