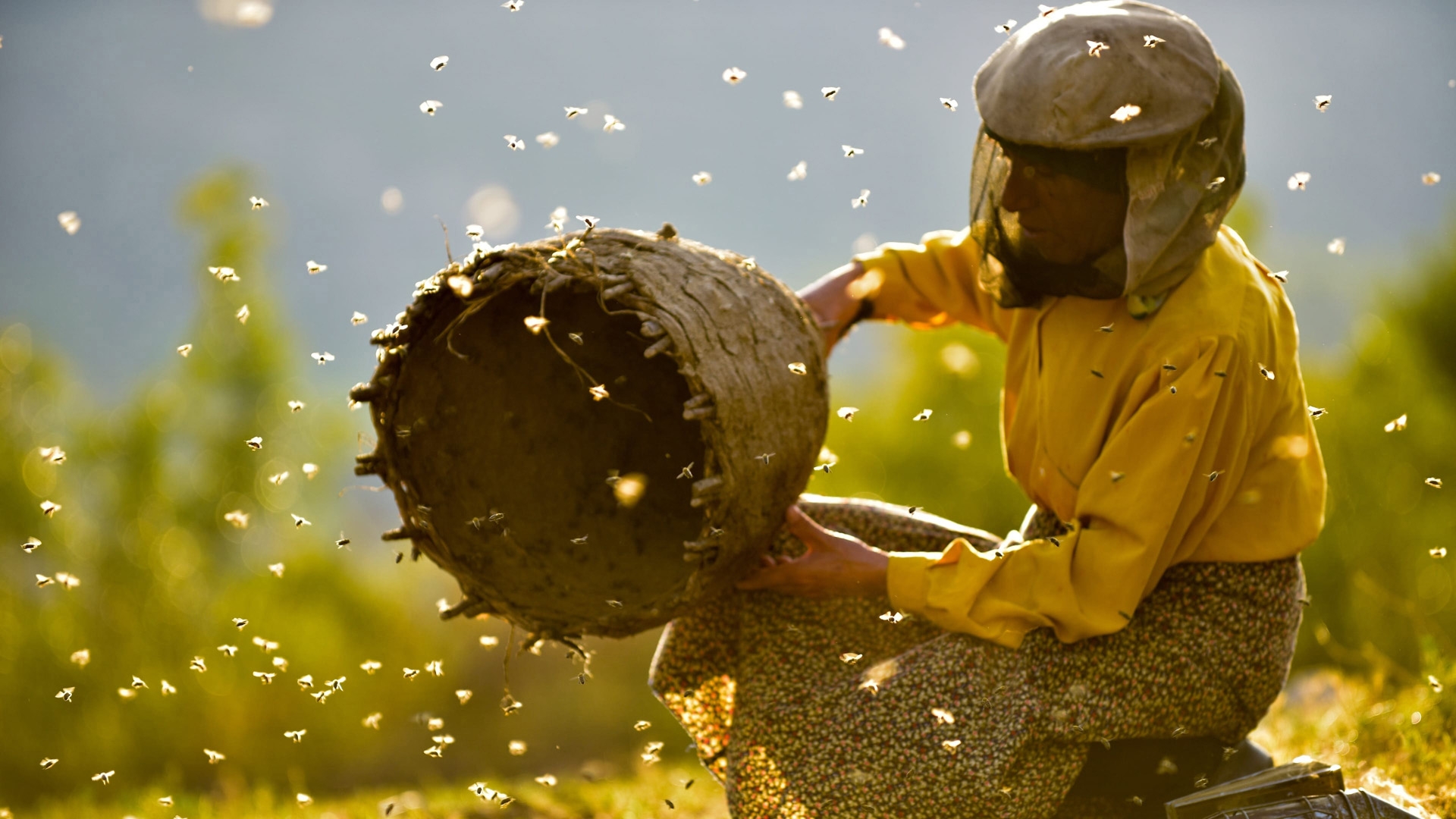 In a deserted North Macedonian village, Hatidze, a 50-something woman, trudges up a hillside to check her bee colonies. One day, an itinerant family installs itself next door, and Hatidze’s peaceful way of life gives way to roaring engines, seven children, and 150 cows. Yet Hatidze welcomes the camaraderie, and she holds nothing back —not her tried-and-true beekeeping advice, not her affection, not her special brandy. But soon Hussein, the itinerant family’s patriarch, makes a series of decisions that could destroy Hatidze’s way of life forever.