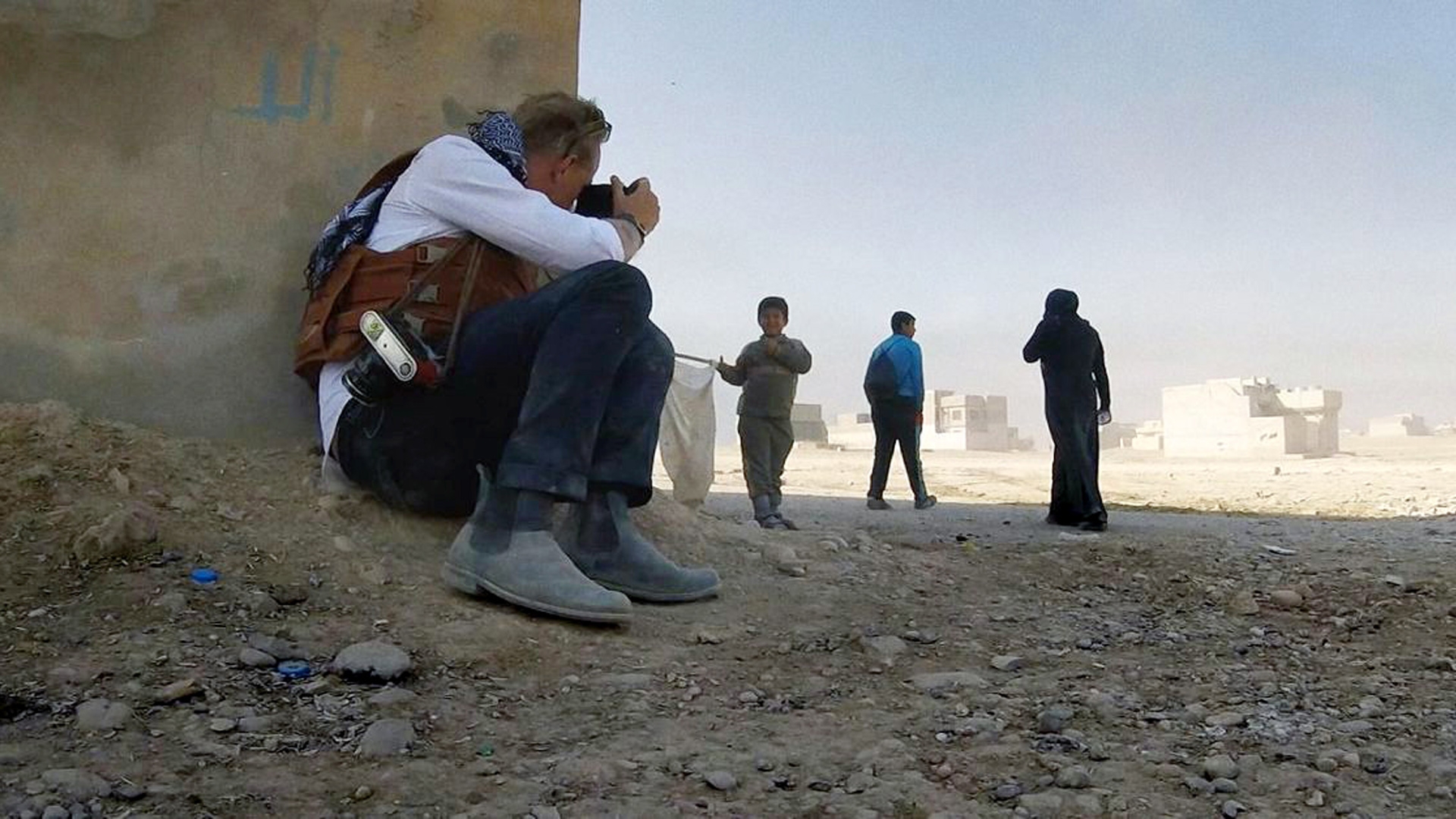 Jan Grarup is a war photographer and takes many risks to get good images of the advance of the Iraqi forces against Islamic State. But, when his wife suddenly dies of cancer, he has to reconcile his risky work with the care of his four children, who live in Denmark. The film builds a portrait of a man who documented the horrors of the war for 25 years, but that now faces a new and internal struggle.
Denmark Finland documentary war parenthood


Danish, Bertram studied direction of documentaries at the National Film School of Denmark. He directed TV documentaries, such as The War Campaign (2013), in addition to Human Shelter (2018), his debut in features made for theaters. Photographer of War is his second feature film.