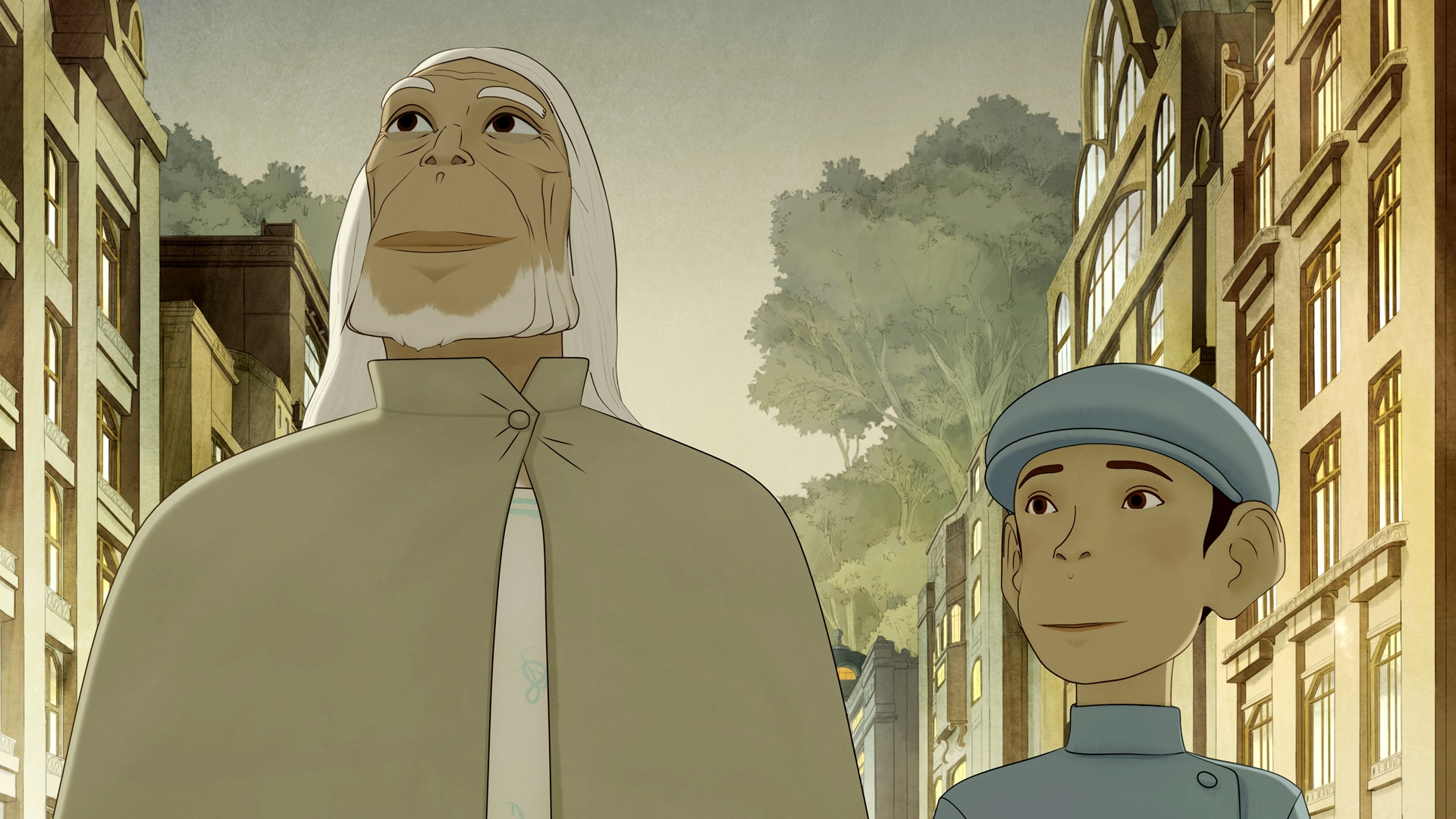 In a world ruled by monkeys, an old prince survives crossing the sea. On an unknown shore, young Tom finds him. He begins to discover a completely new, yet dangerous, world.
France Luxembourg animation friendship fantasy 
orn in France in 1939. Laguionie is an animator, director and producer. His animations received awards in festivals around the world: Gwen, the Book of Sand (1985) and The Lady and the Cellist (1965) were awarded at Annecy International Animated Film Festival, while Rowing Across the Atlantic (1978) won the Golden Palm for best short film at the Cannes Film Festival. He also produced animations, such as Princes & Princesses (1999, 28th Mostra), directed by Michel Ocelot. 
Born in France, Picard is an animation director. He directed TV shows, such as King Arthur and the Knights of Justice (1994) and La Famille Ouf (2005), as well as the feature film Moomins the Movie (2014).