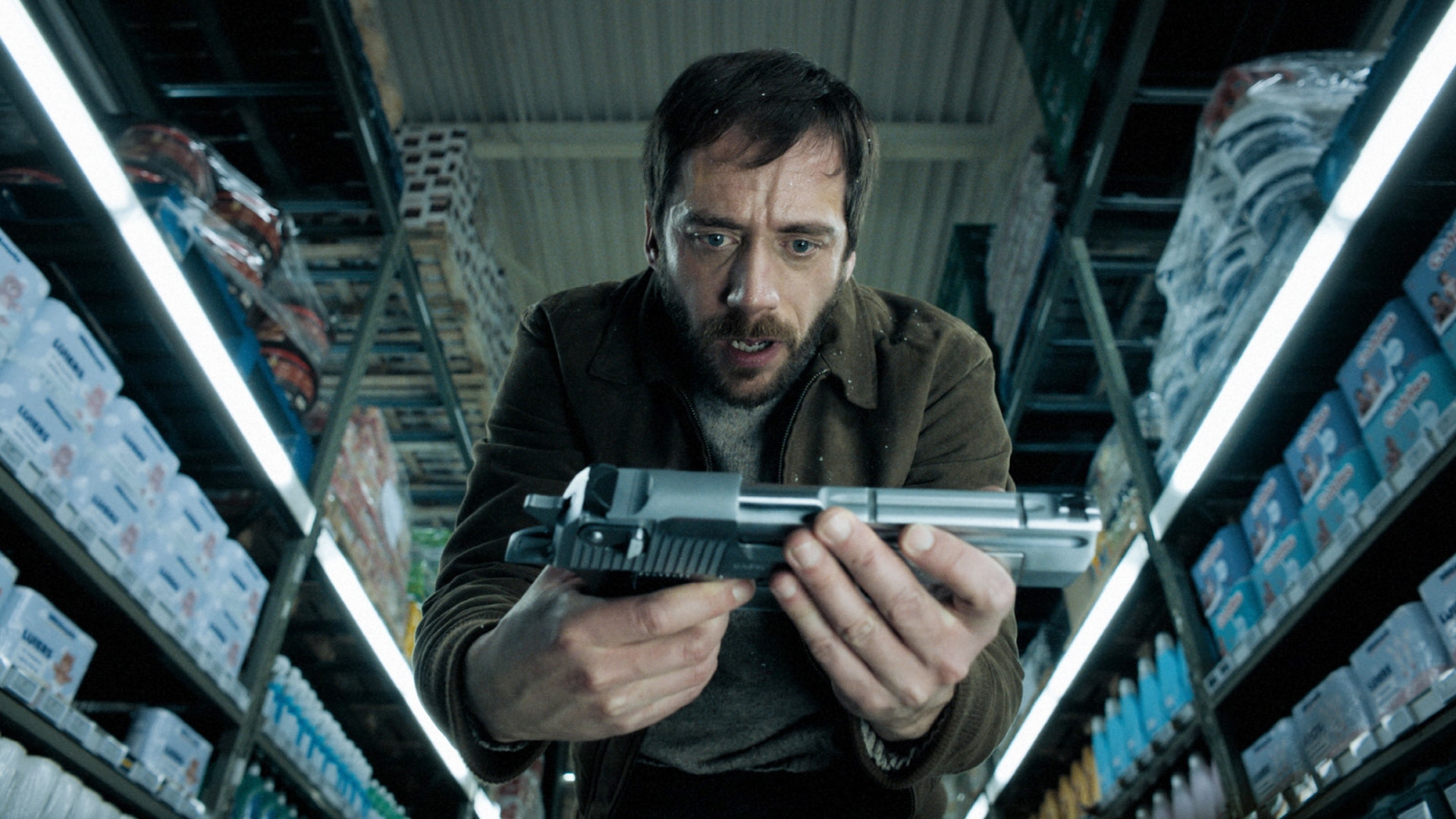 Maarten feels like he is living his life on autopilot: his marriage is bearable, his children are healthy, his job as a professor is no longer challenging. One day, Maarten is at a market that is robbed. Somehow, the man ends up with the burglar’s gun and takes it home. Just the fact of knowing that there’s a gun in his house gives Maarten the courage he needs to face his problems. But he becomes addicted to the power and soon begins to carry the weapon with him. Everything becomes even worse when the robber, the gun’s true owner, finds him
The Netherlands crime existential crisis family drama 
Born in 1982. Hezik graduated in theater direction at the Amsterdam Theater School. He began to use cameras on stage and soon decided to also study cinema. He directed TV series and the short film The Funeral of the Shy (2017). Boy Meets Gun is his first feature film.