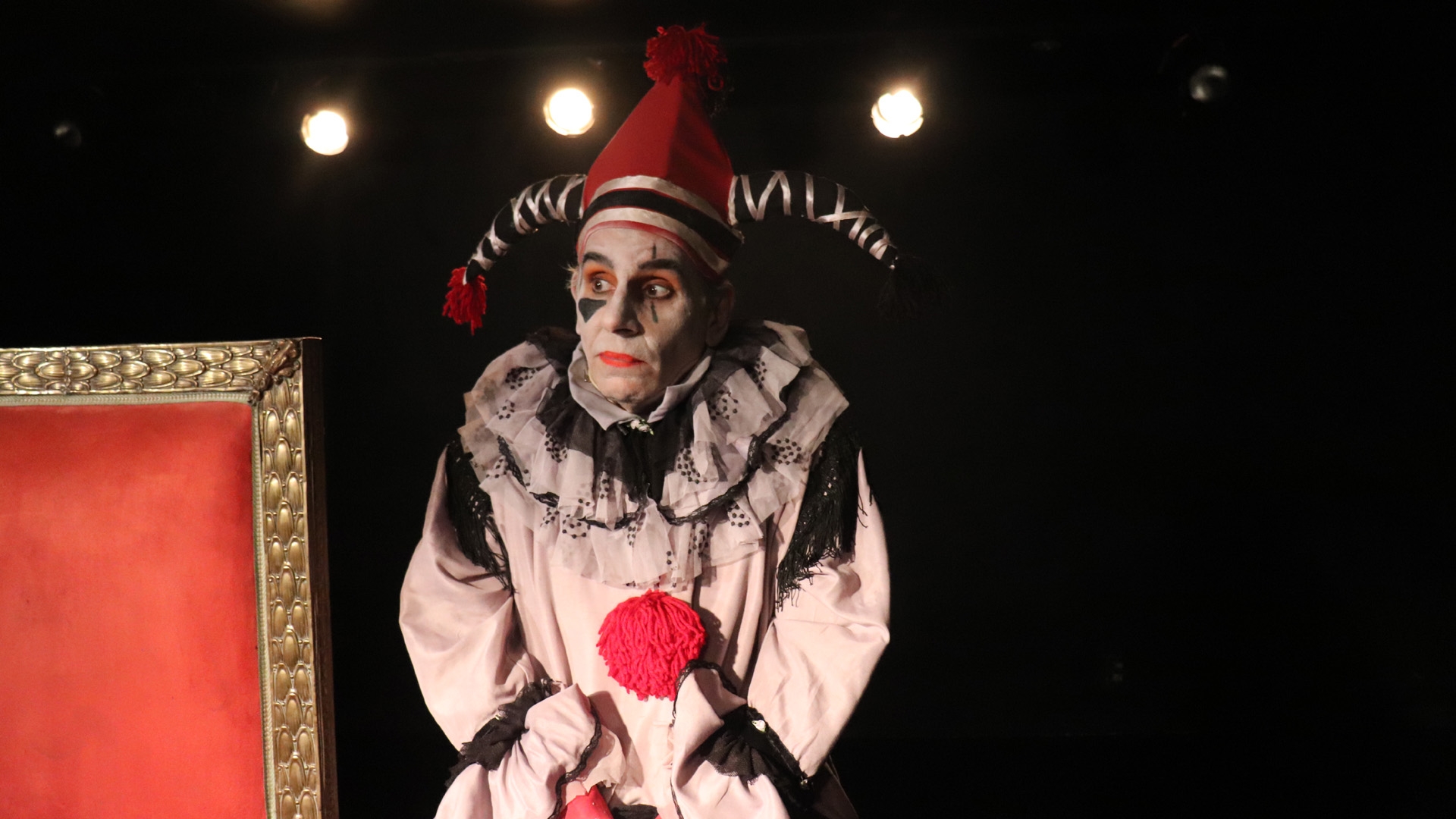 The film is an epic-comic monolog of a jester, who works in a warlike and decadent empire. While his king is asleep, the jester reflects and wonders about power, only in company of a throne, a skeleton, a stuffed crow and a sonorous landscape that connects to the text.