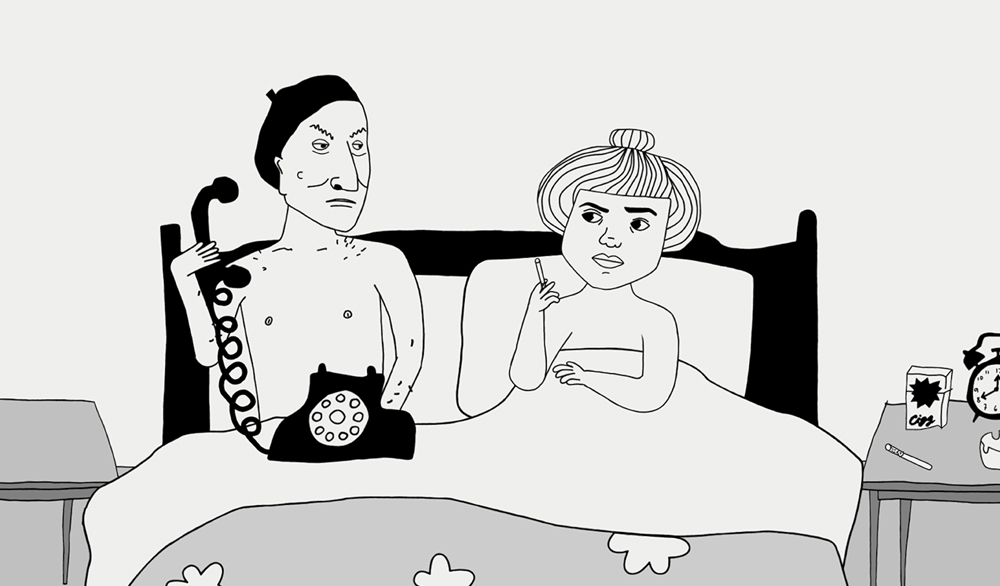 In the 1960s, a lipoma appeared on the right side of Ingmar Bergman’s face. It gets bigger and bigger and then suddenly, shortly after the premier of his film The Silence (1963), disappears. During the 1990s, the lipoma reappeared in the same exact spot, but had a different color. This short film is about Bergman’s power, sexuality and the facial lipoma that gives him no rest.
animation short film biography health