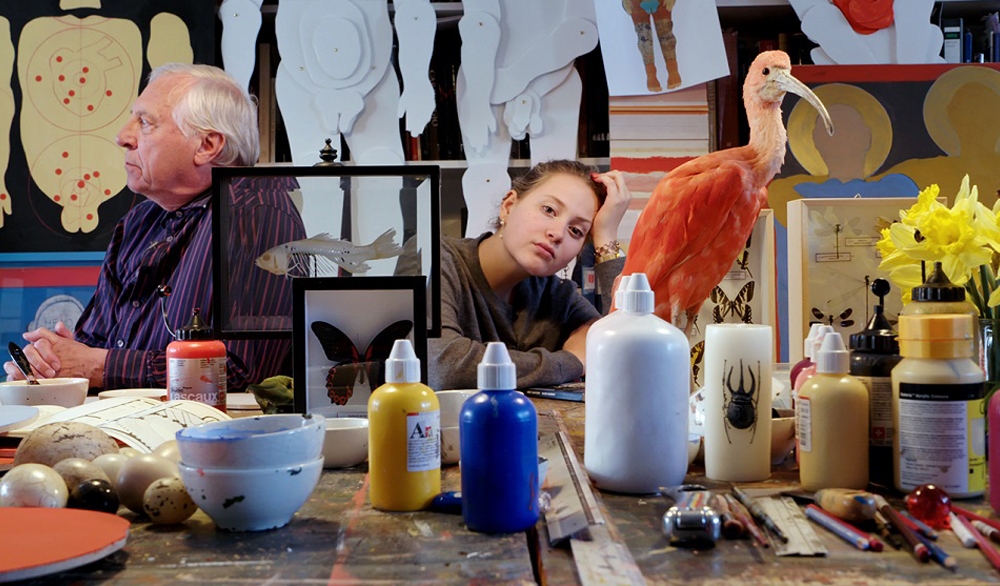 Filmmaker Peter Greenaway and his 16-year-old daughter, Zoë, embark on an alphabetical journey through the artist’s trajectory. In a series of interviews, he gets inspired on a letter of the alphabet to bring memories to the surface, that involve family and career. The documentary is directed by Greenaway’s wife, the multimedia artist Saskia Boddeke.
documentary biography art family 
Born in Castricum, in the Netherlands. Saskia is a director and multimedia artist. After studying directing in Amsterdam, she started to work in opera productions, in which she uses visual effects to immerse the audience. Among the spectacles directed by her are Rosa, a Horse Opera and Writing to Vermeer. The Greenaway Alphabet is her first feature film.