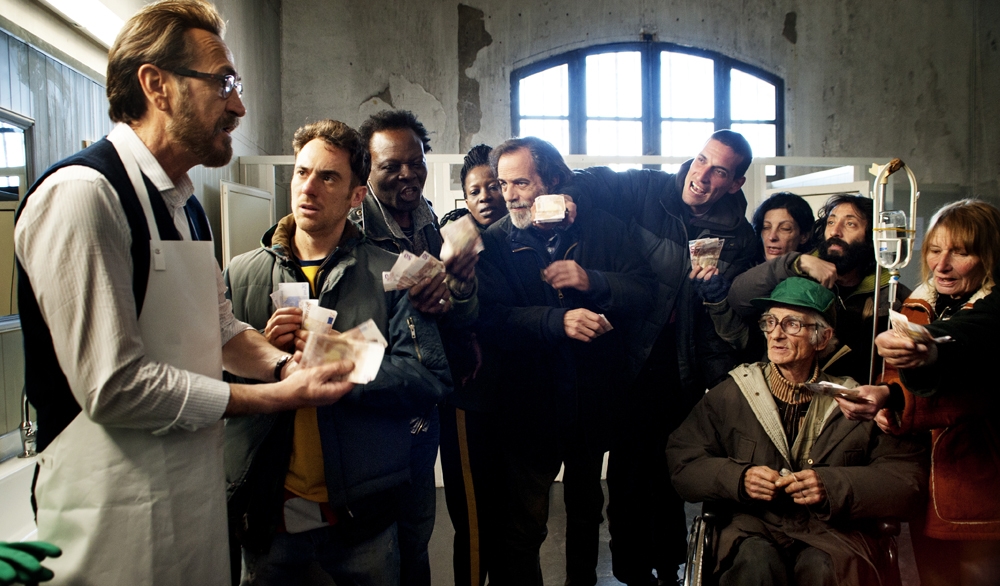 Numa Tempesta is a successful businessman, but with no scruples, who lives alone in a big and empty hotel. Though powerful, he cannot get away from a sentence that he received for tax evasion: he has to do one year of social services in a shelter. There, he meets Bruno, a young father who went bankrupt and frequents the center with his son. In this unlikely friendship, they find a chance of redemption.
friendship parenthood poverty