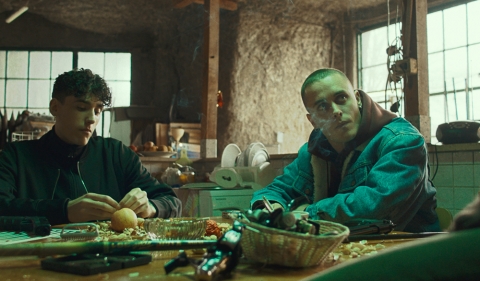 Uli is a young Israeli who travels to France for his father’s funeral. There he meets his French half-sister Ana. The mood oscillates between quiet reflection and a playful sense of rediscovered connection. Reality intrudes in the form of their father’s will, the contents of which shock Ana, revealing secrets from the past that she thought were hers alone. Forced to follow her father’s wishes and return to Israel with Uli, Ana comes face to face with the daughter that she abandoned one day as well as the country’s present reality. As the official policy of disengagement is ruthlessly enforced in the settlements, she struggles to re-engage with her personal history. Disengagement clearly refers to the Israeli government’s current policies of withdrawal from Gaza and the forced destruction of illegal settlements established by Israeli citizens in the region’s disputed areas. "Disengagement" takes on another, much subtler, more personal meaning. As the two levels of significance speak to each other, Amos Gitaï employs all his considerable artistry to explore the term both emotionally and intellectually. The lyric singer Barbara Hendricks makes a special appearance at the funeral’s scene.