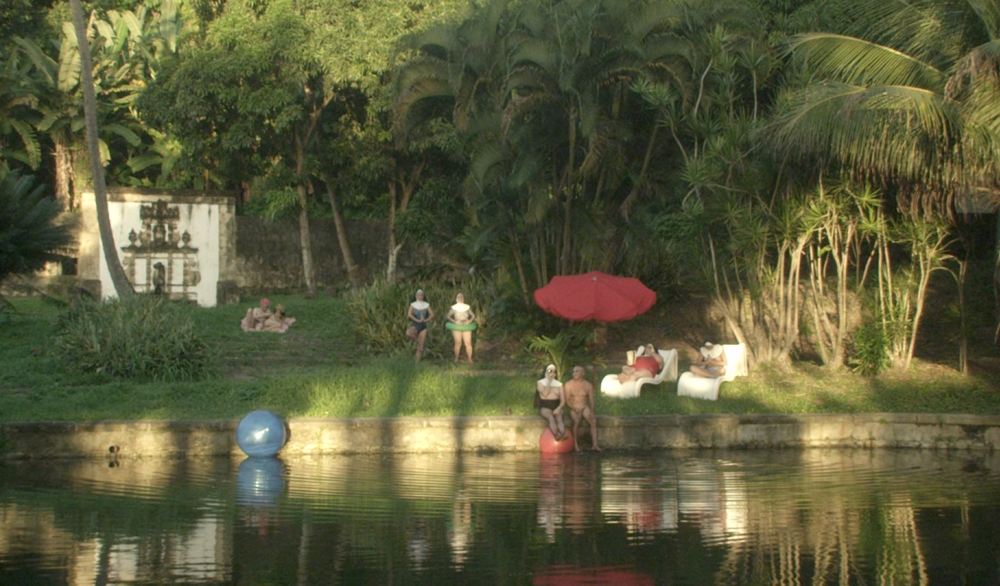 A lawless and eccentric family lives in a Brazil commanded by a military junta and by corrupt priests that preach the apocalypse. To resist the regime, the family travels through the country. Their first goal is to deliver consignment of weapons to militant nuns who sought refuge in the jungle and live off the income of their cannabis plantation.
family military dictatorship travel weed 
Born in Paraíba, Brazil, in 1965. Teixeira graduated in theatrical interpretation from the Faculdade CAL de Artes Cênicas, in Rio de Janeiro, in 1995. He began his career in cinema as an actor in the 1900s. In 2011, he initiated his work as a director and a film screenwriter with the feature Luzeiro Volante. He also directed Batguano (2014) and the short film Purple (2012).