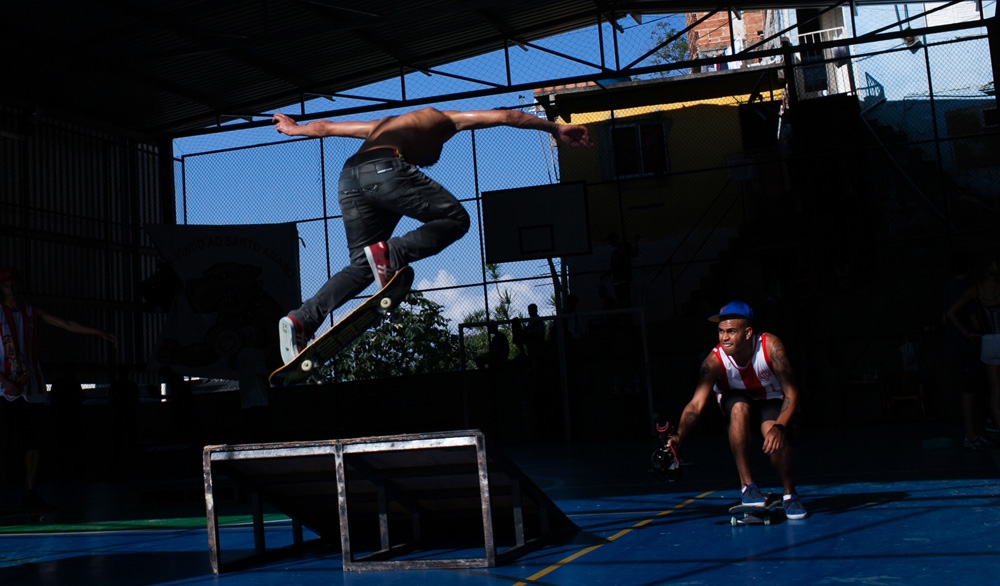 Ademar Luquinhas is a skater who has had his life transformed by the sport. Born and raised in the neighborhood of Santo Amaro, in Rio de Janeiro, the young man holds on to the teachings of his parents, who have always struggled to raise their children. Now he has a new project: to build, in the area, a new skate track.
Brazil documentary Rio de Janeiro skate sport


Born in Niterói, Rio de Janeiro, in 1983. Martins initiated his career in 2004, working as an editor and finisher in TV channels. After graduating in editing at Instituto Brasileiro de Audiovisual, in 2010, he edited short films like Maria Joana (2008) and Vila Mimosa (2008). Martins makes his debut as a screenwriter and a director with Santo Amaro Was a Skateboarder.