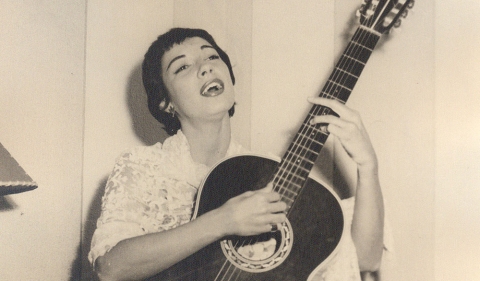 In the 20s, Adam Stein was a happy man: a caring husband, the proud father of two daughters, and a celebrated star of Berlin’s vaudeville scene. He was a clown, an entertainer and a magician. Adam is sent to the war and, in order to survive the sadistic watch of camp commandant Klein is forced to behave, literally, like a dog. Years later, Adam lives with other Holocaust survivors at a sanatorium in the middle of the desert in Israel, where he tries to stifle his pain by performing capers and magic tricks. And then, one day, Adam discovers a patient whose existence has been concealed from him: a twelve-year-old boy who believes he is a dog. The boy doesn’t talk – he barks; he doesn’t walk – he crawls on all fours. Adam’s initial anger soon turns into care and concern. The boy, whom nobody has been able to help, begins to use Adam as a means of support. Together, the two embark upon a painful journey back towards life. Based on the homonym novel by Yoram Kaniuk, published in 1969.