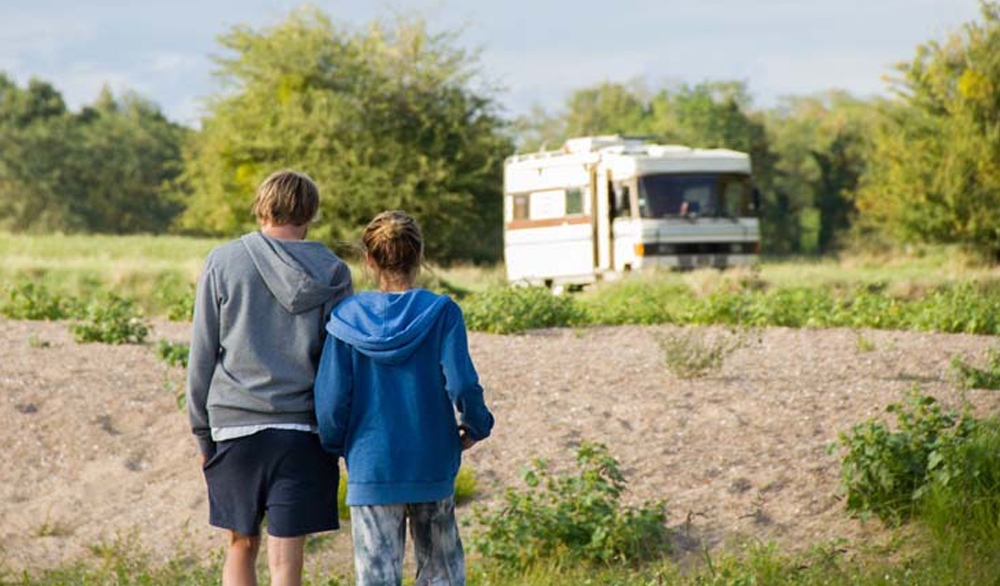 When biology student Jule discovers she’s pregnant, she sets out on a journey to Portugal in her old “303” camper van to tell her boyfriend Alex. Outside of Berlin she picks up Jan, a political science student, who’s hitch-hiking to Spain to find his biological father, whom he has never met before. As they travel, their conversations become more and more personal and intimate. Jule keeps her pregnancy secret, but Jan knows she’s going to see her boyfriend. They both realize a relationship is not in the cards, but anything is possible.
road movie love relationship youth 
Born in Austria in 1970. He studied neurology at University of Vienna and specialized in neurosurgery in Berlin. During his school years, between 1991 and 1997, he worked as an assistant cameraman. After getting a master’s degree in cinema from the Media Arts Academy of Cologne, in Germany, he made his debut in direction with the feature The White Noise (2002). Subsequently, Weingartner made the movies The Edukators (2004, 28th Mostra), Reclaim Your Brain (2007), Germany (2009) and Hut in the Woods (2011). In 2013, he was a member of the Jury of the 37th Mostra.