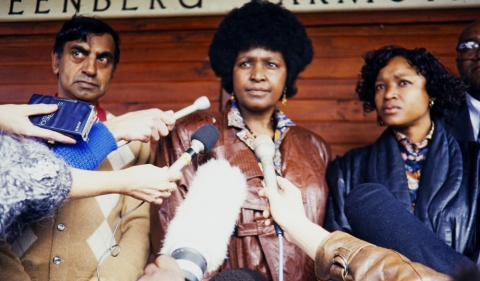 Paris, today: Simon is a psychologist in the Human Resources Department of the French branch of a German petrochemical corporation. When the vice-president asks that he investigate the life of the president himself, suspected of mental insanity, Simon’s perception becomes disturbingly chaotic and nebulous. Even though he is convinced of his Messianic role, the experience affects his body, mind, his personal life and his sensitivity. The sure conviction that made him such a strict technician begins to fail. The past looms up during the inquiry revealing indelible connections of the company with the Nazi regimen. Yet again, German guilt allows the cadavers in their shallow graves to escape. Heartbeat Detector is the closing film in an informal trilogy by Nicolas Klotz, that began with Paria (2000) and The Wound (2004), on different aspects of economic stagnation that besieged France in the last decade.