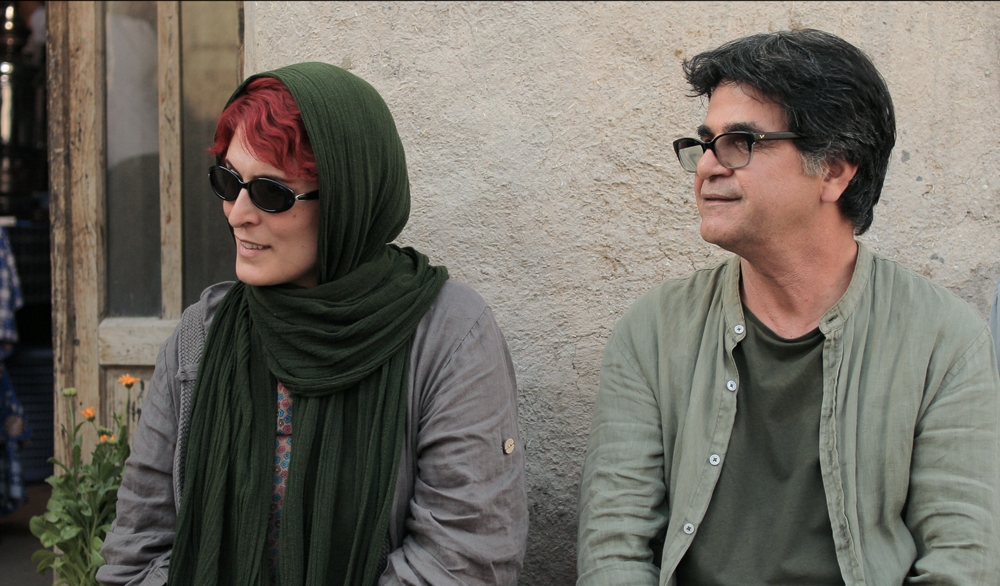 Well-known actress Behnaz Jafari is distraught by a provincial girl’s video plea for help —forbidden by her family to not pursue her studies at the Tehran drama conservatory. Behnaz abandons her shooting and turns to filmmaker Jafar Panahi to help her solve the mystery of the young girl’s troubles. They travel by car to the rural northwest where they have amusing encounters with the charming folks of the girl’s mountain village. But the city visitors soon discover that the protection of age-old traditions is as generous as local hospitality. Born in Minaeh, Iran, in 1960. He studied film and TV directing in Tehran. Most important Iranian filmmaker in activity, he was Abbas Kiarostami’s assistant director in Under the Olive Trees, winner of the Critic’s Prize at the 18th Mostra). The White Balloon (1995, 19th Mostra), his first feature film as a director, was awarded with the Golden Camera at the Cannes Film Festival. He has also directed titles such as The Mirror (1997, 22nd Mostra, in which he was also member of the International Jury), winner of Locarno Film Festival, The Circle (2000, 24th Mostra), winner of the Golden Lion at the Venice Film Festival, Crimson Gold (2003, 28th Mostra), winner of Un Certain Regard Jury Award, and Offside (2006, 30th Mostra), winner of Silver Bear at Berlinale. In 2010, he was charged with six years in prison and was forbidden to film or leave Iran for two decades under the accusation of doing advertising against the Iranian government. One year later, Panahi directed This Is Not a Film (2011), shown at the 35th Mostra and awarded with the Silver Bear for best screenplay at the Berlinale. He also signed the direction of Closed Curtain (2013, 37th Mostra), best screenplay at Berlin, Taxi Tehran (2015), best film at Berlinale and 3 Faces (2018, 42nd Mostra), best screenplay at Cannes. The filmmaker was honored with the Humanity Award at 42nd Mostra, in 2018.