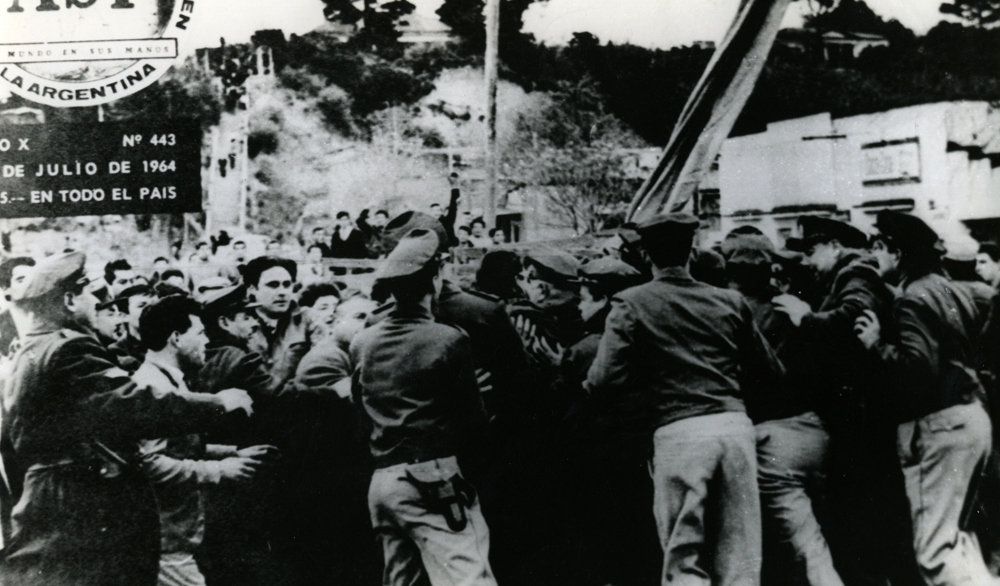 THE HOUR OF THE FURNACES

THE HOUR OF THE FURNACES

An extensive documentary that was shot clandestinely and persecuted by dictatorships. Labeled a film-happening, a participation film and a strong subversive statement, it is divided into three segments: Neocolonialism and Violence, Act for Liberation, and Violence and Liberation. The feature offers a testimony of social and political violence in Latin America and is also a chronicle of Peronism and Labour resistance in Argentina. It has become a classical political documentary and a symbol of the resistant culture of the 1960s.
Latin America documentary 
Born in León, Spain, in 1935, he moved to Argentina in the early 50s and naturalized in the latin country. He was one of the founders, alongside Fernando E. Solanas and Gerardo Vallejo, of the Cine Liberación group, that proposed the use of cinema as a political tool. In 1968, Getino filmed The Hour of the Furnaces, with Solanas, clandestinely. In Spain, he interviewed the ex-president of Argentina, Juan Domingo Perón, and made the documentaries Perón: La Revolución Justicialista (1971) and Perón: Actualización Política y Doctrinaria para la Toma del Poder (1971). After the military coup in Argentina, in 1976, he received death threats and exiled himself in Peru and Mexico. Getino died in Buenos Aires, in 2012, at the age of 77.