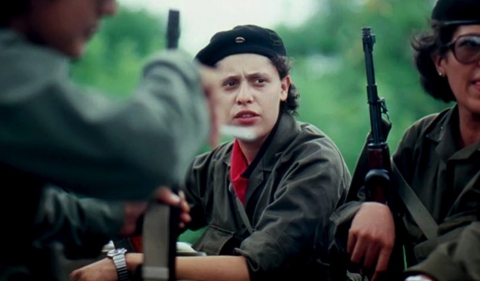 The Fall of the House of Usher

The Fall of the House of Usher

Electronic music meets silent movie in this special screening of the classic film made by the French director Jean Epstein in 1928. With the aid of Luis Buñuel, Epstein transposed to the screen this adaptation of the 1839 horror tale written by Edgar Allan Poe. The project for the film’s electronic music mix was an initiative entitled Ciné-Live and was masterminded by the French DJ and producer Joakim. He created the project in order to promote his latest album Fantômes, and for this he used a laptop and a series of synthesizers.

The soundtrack follows Allan’s pilgrimage in search of his friend, Lord Roderick Usher, who lives isolated in an old decrepit house with his dying wife and the family doctor. When Allan arrives in the house, he finds his friend trying doggedly to preserve the wife’s beauty on a portrait painting. After Madeleine dies, the house of Usher is overwhelmed by a series of odd and mysterious events. To make the film, Epstein sought inspiration in pictures painted by German artists, such as Caspar David Friedrich, and he managed to do a highly competent recreation of the morbid world and oppressive atmosphere of Poe’s tale. The director’s long takes and careful editing, followed by some slow motion camera movements, definitely confirms some of his theories on time in film making. Joakim’s added music greatly contributes to enhancing the atmosphere of the film, regarded as Epstein’s masterpiece.