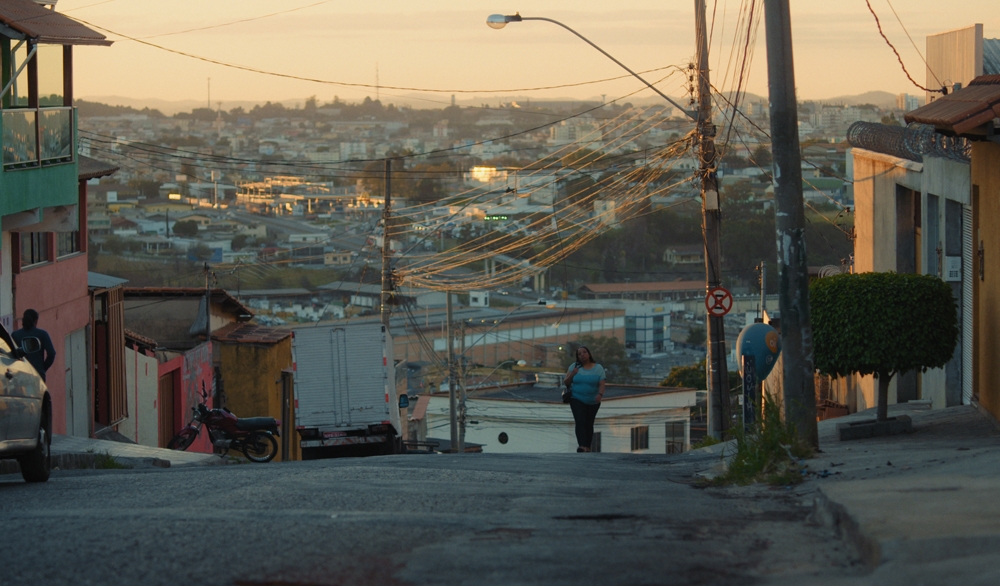 Juliana is moving from Itaúna, in the state of Minas Gerais, to the suburbs of Contagem, in the metropolitan area of Belo Horizonte, for a new job in the combat of endemic diseases. There, she meets people and live unusual situations, starting to change her life. At the same time, Juliana faces difficulties in the relationship with her husband, who is also moving to the big city.
marital crisis 
Born in Minas Gerais, Brazil, in 1984. He studied film at the Escola Livre de Cinema de Belo Horizonte. His filmography includes short movies such as Ghosts (2010), About a Month (2013) and Backyard (2015). She Comes Back on Thursday (2014), his
first feature film, was exhibited at the 38 th Mostra. Long Way Home is his second
feature.