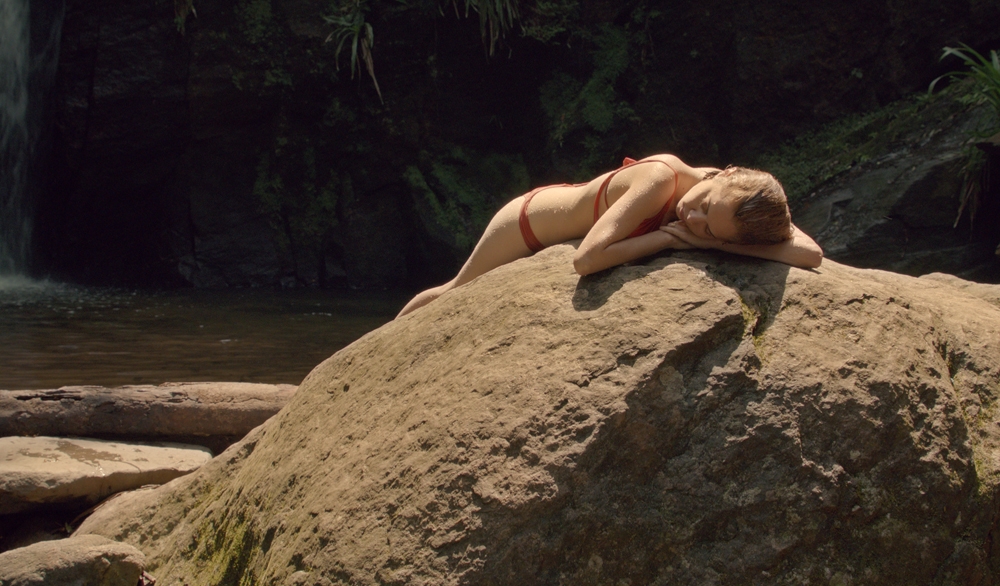 In Rio de Janeiro, in 2016, public defender Ana faces the hottest summer in history. She works to protect a community threatened by the construction of the Olympic Park. Meanwhile, she begins to notice the appearance of mysterious dark spots on her skin. Strange things begin to happen in the city and also in Ana`s body. The rising temperature creates a suffocating atmosphere.
Rio de Janeiro real estate speculation supernatural 
Born in Rio de Janeiro, Brazil, in 1980. Graduated from the Universidade Federal Fluminense, Marina also studied at the Studio National de Arts Contemporains - Le Fresnoy, in France, and works as a director and film editor. She co-directed with Felipe Bragança the trilogy Trilogia Coração no Fogo, composed by the feature films The Escape of the Monkey Woman (2009), The Joy (2010) and Neverquiet (2011). As editor, she worked in Girimunho (2011), Jotuomba (2011), Olmo and the Seagull (2015), Don`t Swallow My Heart, Alligator Girl (2017), all of them exhibited at the Mostra. Sultry is her first solo feature film.