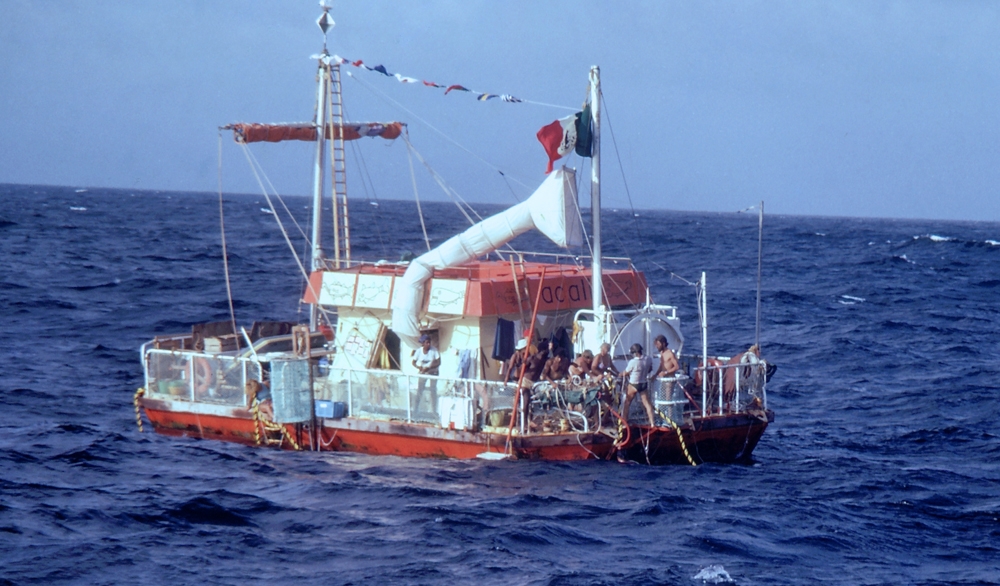 Eleven people —five men and six women— board on a raft for a three-month journey across the Atlantic. The trip is part of a scientific experiment conducted in 1973 to study subjects such as violence, sex and group behavior. The interaction inside the vessel was recorded on film as a diary. More than 40 years later, this documentary reunites the survivors in a replica of the raft, built in studio, to get testimonials from the participants.

Winner of the Best Film Award at the CPH:DOX 2018. 
Born in Sweden in 1980. Studied directing in Stockholm and made his debut with Regretters (2010), released as a documentary feature and as a theater play. In 2011, he co-directed with Mauro Andrizzi the medium-length Accidentes Gloriosos, winner of the Venice Horizons Award. He also signed theater plays such as The Archive of Unrealized Dreams and Visions (2012) and A Generation Lost (2013).