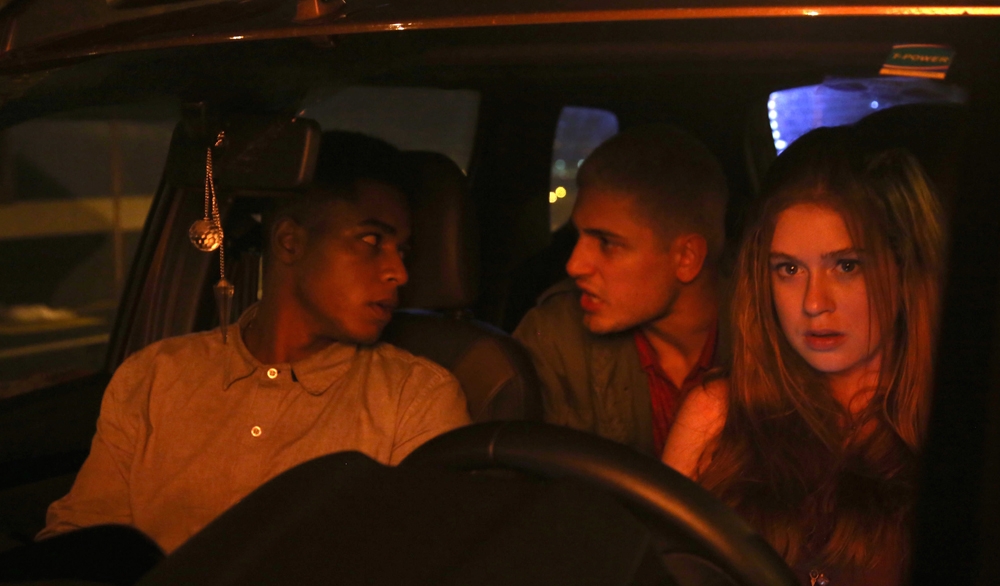 Isabel is victim of an express kidnapping when she is leaving a bar. Inexperienced, Matheus and Japonês, the kidnappers, notice that they will not be able to reach at an ATM open before 10 p.m. and they decide to stay with Isabel until morning and, finally, do the withdrawal. The trio is nervous. Hostage in her own car, Isabel has to negotiate her life with both of them throughout the night.
Brazil kidnapping