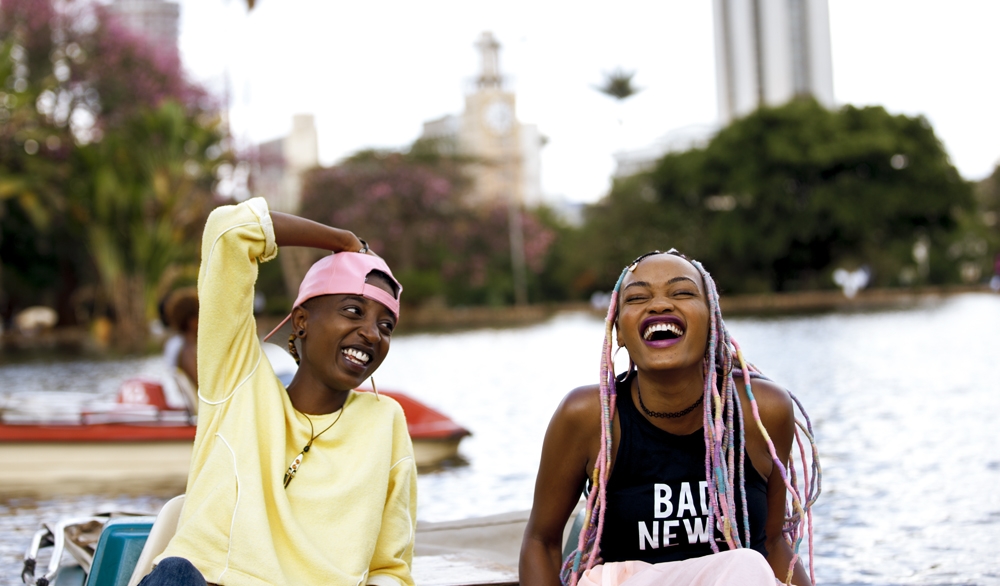 “Good Kenyan girls become good Kenyan wives”, the saying goes. But Kena and Ziki long for something more. Despite the political rivalry between their families, the girls resist and remain close friends, supporting each other to pursue their dreams in a conservative society. When love blossoms between them, the two girls are forced to choose between happiness and safety. The feature is based on the short story Jambula Tree, by the Ugandan writer Monica Arac de Nyeko.
homosexuality love relationship literary adaptation Kenya Africa 
Born in Nairobi, Kenya. In 2008, she made her debut in a feature film direction with From a Whisper. She is also the director of the shorts Ras Star (2006) and Pumzi (2009). Rafiki is her second feature film.