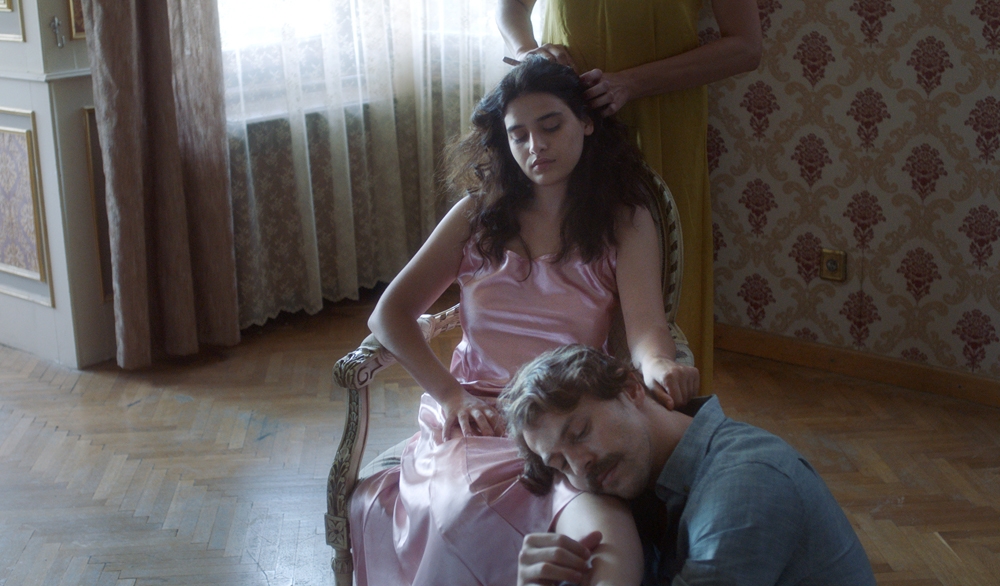 Damascus, March 2011. In the midst of the rumblings of Syrian civil war, Nahla, a young woman of 25, is torn between her desire for freedom and her hopes of leaving the country through an arranged marriage with Samir, a Syrian who has emigrated to the United States. However, Samir prefers her younger and more docile sister, Myriam. Consequently, Nahla grows closer to her new neighbor, Madame Jiji, who has just moved into her building in order to open a brothel.
France Germany Turkey Syria Arab Spring youth search for freedom 
Born in Syria in 1979 and has been based in Paris since 2012. She has made several short films, including Matin, Midi, Soir… et Matin (2011). My Favorite Fabric is her first feature film.