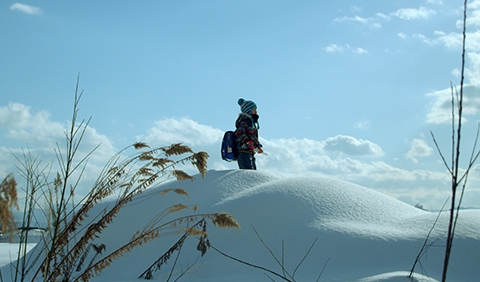 Snow covered mountains in Japan. Every night, a fisherman makes his way to the market in town. His 6-year-old son is awoken by his departure and finds it impossible to fall back to sleep. In the sleeping household, the young boy draws a picture he then slips into his satchel. On his way to school, still drowsy, he strays off the path and wanders into the snow. 
Born in Japan in 1983. Graduated in cinema, he made his debut with the feature film Voice of Rain That Comes at Night (2008). Hold Your Breath like a Lover (2014) was his graduation work at the Tokyo University of Arts.