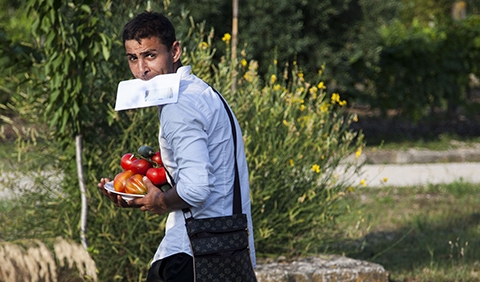 Skokan, 28-years-old man, finished his stay in prison. He is given the clothes in which he was arrested. Outside, in front of the wall, the street is empty. Nobody expects Skokan and he has nowhere to go. No house. No work. His family does not want him. Overnight, he decides to leave everything in order to launch his singing career. 
Born in Czech Republic in 1967. Director and screenwriter, he studied documentary filmmaking in Prague. He directed the features Marian (1996, 20th Mostra), winner of the Silver Leopard at Locarno Film Festival, Parallel Worlds (2001, 25th Mostra), The Way Out (2014) and We Are Never Alone (2016).