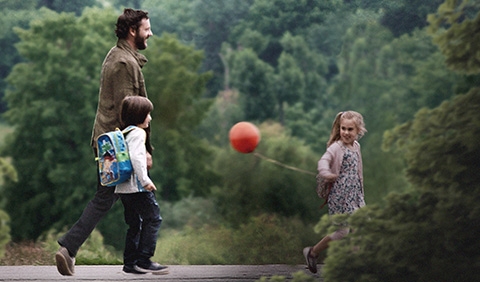 Cristina and Tudor Ionescu have founded a happy family with their two children, 5-year-old Maria and 7-year-old Ilie. They`re in their thirties and live in a nice apartment in a Romanian town. One Sunday morning, while Tudor takes the kids to the park, Maria disappears. Their lives abruptly change forever.

Winner of the Best Actor Award for Bogdan Dumitrache at the San Sebastián Film Festival. 
Born in Romania in 1973. He directed short films like The Apartment (2004) and Water (2007). In 2009, he signed the direction of a fragment from Tales from the Golden Age. His feature-length debut came with Portrait of the Fighter as a Young Man in 2010, same year he directed Principles of Life.