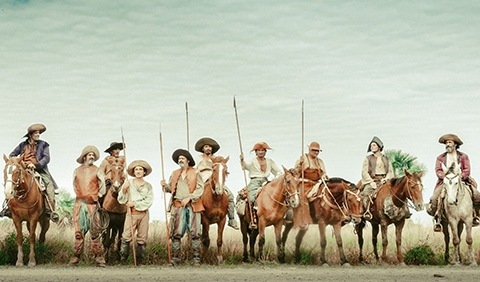 Zama, an officer of the Spanish Crown born in South America, waits for a letter from the king granting him a transfer from the town in which he is stagnating, to a better place. He must ensure that nothing overshadows his transfer. He is forced to accept submissively every task entrusted to him by successive Governors who come and go. The years go by and the letter from the King never arrives. When Zama notices everything is lost, he joins a party of soldiers that go after a dangerous bandit. 
Born in Salta, north of Argentina, in 1966. Martel moved to Buenos Aires to take communication studies. She made short films like Rey Muerto (1995) and Muta (2011), and directed the features La Ciénaga (2001), awarded with the Alfred Bauer prize at the Berlin Film Festival, The Holy Girl (2004), which received an Honorable Mention by the Critics at the 28th Mostra, and The Headless Woman (2008).