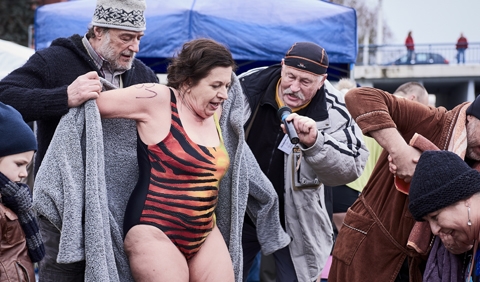 67-year-old Hana continues to live alone in the old family house since her husband died a few years ago. She might need a helping hand but both her sons are too busy and too selfish to see it. One day, she finds a man, Broňa, floating at the riverside, unable to move. She jumps in and helps him to get out of the icy water. They become lovers, but when she introduces him to her sons, the whole family is shocked. Hana has to stand up and start changing her life.