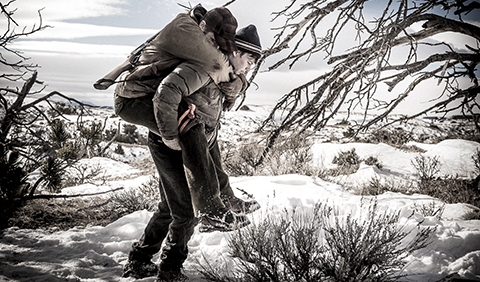 A typical teenage urbanite travels to rural Montana to go hunting with his estranged “off-the-grid” father. As they ascend deep into the wilderness, father and son struggle to connect on any level. When an unexpected encounter with a grizzly bear leaves them both with serious injuries, the boy must carry his father to safety if they are to survive.


They were born in Montana, United States. The brothers wrote and directed the short movie The Keening (1999) and the feature films The Slaughter Rule (2002) and Winter in the Blood (2013).