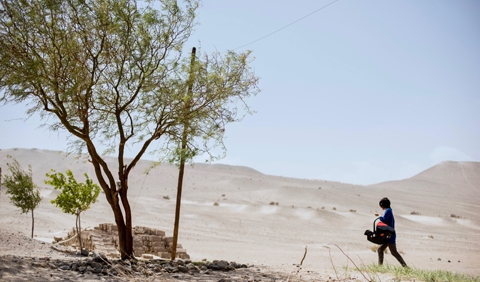 A SORT OF FAMILY

A SORT OF FAMILY

Malena receives a call that will change her life: the baby she adopted is about to be born. She goes to retrieve him only to find herself blackmailed by the newborn’s biological parents: either Malena pays more money or they’ll put the baby in an orphanage. And the law is on their side. Even still, Malena was plagued by moral and legal dilemmas to see how far she is willing to go to get what she wants most.

Winner of the Jury Prize for best screenplay at the San Sebastián Film Festival. 
Born in Argentina in 1976. He studied image and sound design at the University of Buenos Aires and drama at the Metropolitan School of Dramatic Art, also in the country’s capital. In 2002, directed, wrote and produced his first feature film, Suddenly. He has also directed Meanwhile (2006), The Invisible Eye (2010, 34th Mostra) and Refugiado (2014). Lerman is part of the Jury of the 41st Mostra.