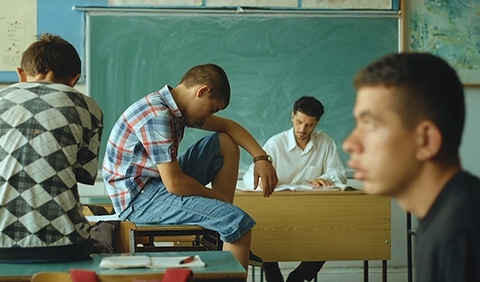 A classroom, over the course of one intense day. Ghani is an idealistic teacher who loses his job on the first day of school. So he makes one final attempt to get it back by locking his students inside the classroom forcing them to resolve a generation long conflict between their villages. 
Born in Macedonia, he is an Albanian who grew up in Sweden, and has a Norwegian citizenship. He graduated from the Norwegian Film School with the film To Guard a Mountain (2012). He also directed the short The Good Life - Over There (2014). Hunting Flies is his first feature.