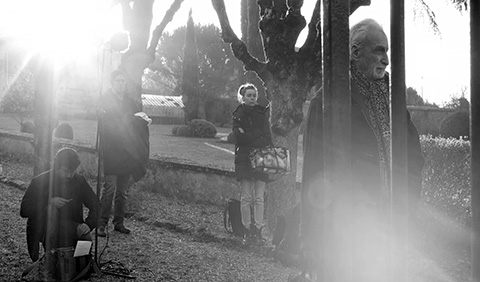 There is a film and its director, technicians, actors and their characters. Paul Vecchiali is telling the love story between Benoît and La Martine. The reality of the shooting becomes the pretext for a game with cinema itself, where the limits of the frame are increasingly permeable. 
Director, editor and producer. He debuted in directing in 2012 with the short film La Terre Électrique. He also codirected the medium-length Le Fond du Monde (2012) and directed the feature Un Sale Métier (2014).