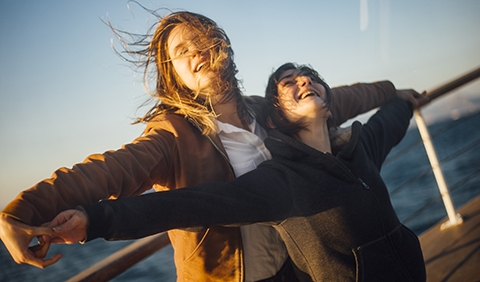 Djam, a young Greek woman, is sent to Istanbul by her uncle, a former sailor and passionate fan of rebetiko, on a mission to find an engine part for their boat. There she meets Avril, who came from France to volunteer with refugees, ran out of money, and knows no one in Turkey. Generous, sassy and unpredictable, Djam takes Avril under her wing on the way to Mytilene —a journey made of music, encounters and hope.