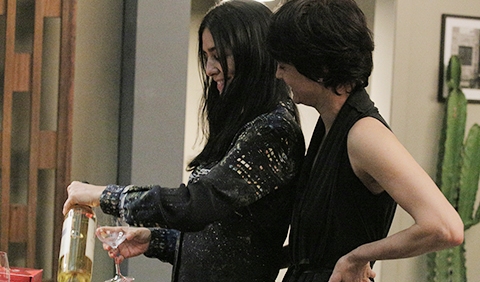 Ruth can’t live in harmony with her rebellious daughter Helô, who blames her mother for her failures and relegates her to the benefit of her sister Beth. Ruth is penalized for her daughter`s unhappiness while Helô underestimates Ruth`s life experience. However, Ruth`s image of perfection falls apart when she reveals that she had a love affair. Mother and daughter are becoming more humanized, especially when Helô discovers that her mother has cancer. 
Born in Taquaritinga, São Paulo, Brazil, in 1942. He began in the cinema like assistant of direction of Luiz Sérgio Person and Roberto Santos. He studied dramatic art and interpretation with Eugênio Kusnet. He directed the two versions of O Menino da Porteira, in 1976 and 2009, Mágoa de Boiadeiro (1977), Black Beetle (1983), the TV series Galera, in addition to numerous commercials.