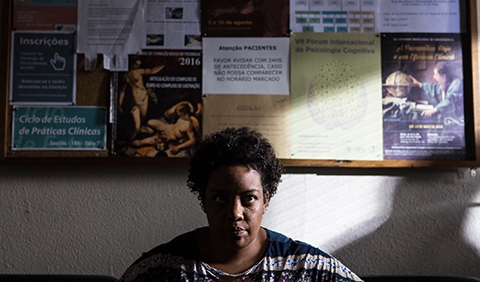 Gloria is a lift attendant at the State University of Rio de Janeiro. She had an abusive father and her brother is a drug dealer. Camila is a young Portuguese psychoanalyst who came to Brazil to develop a research on violence in the same university, where she begins to attend Gloria in her office. Camilla is a foreigner and feels displaced in the chaos of an unequal, hostile, constantly changing city. An initially improbable bond is established between them, and in a resounding case of countertransference between analyst and analyzing, this relationship goes beyond the barriers of the clinic.