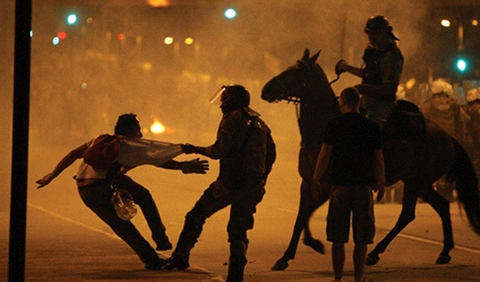 Seven events that form an arc, beginning with the mass manifestations of thousands of people in June 2013 until the pre-trial detention of 23 demonstrators for activities they would supposedly commit. That preventive custody was accompanied by acts of brutal repression of the protests that occurred at the end of the 2014 World Cup, when unprecedented military, police, legal and media instruments were implemented.