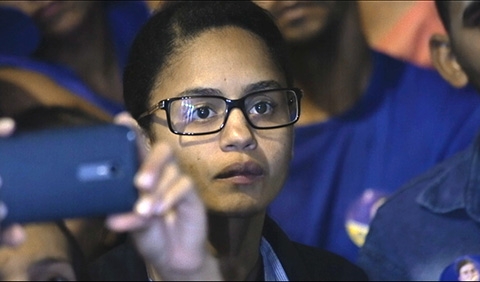 Every four years, the calm and peaceful Camocim de São Félix, a small town in Pernambuco, Brazil, is shaken, revealing an outpouring of joy, anger, hope and disappointment. During the municipal political campaign, the city splits in two parts, and everything seems to orbit around politics. In the middle of this political market, Mayara, 23, tries to make a “clean” campaign to elect her candidate and friend César. 
Born in Le Mans, France, and lives in Brazil for three years. He graduated in social communication and has a master’s degree in film studies at the Paris 7 Diderot University. With Benjamin Clavel, he codirected the films Nomad`s Land (2014) and Marie, the Cancer Tamer (2016).