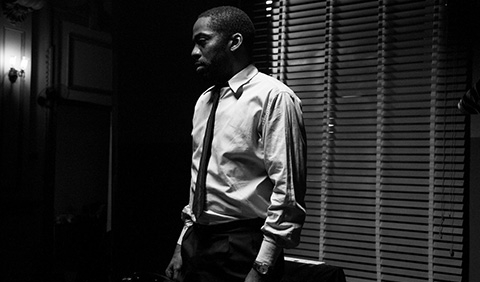 The story of Arandir, a man who, in a banal gesture, attends the request for a kiss in the mouth made by a guy about to die and who had just been run over on Presidente Vargas avenue. The act is witnessed by a tabloid reporter who starts to explore the kiss between two men to sell newspaper. Based on the play O Beijo no Asfalto, written by Nelson Rodrigues and first staged in 1961.


Born in Rio de Janeiro, Brazil, in 1972. He made his television debut in 1993 in the soap opera Fera Ferida. Since then, he has played a number of roles on TV and cinema. His most recent work on TV was in the miniseries Doomed (2014) and Nothing Remains the Same (2016). In cinema, he acted in films like The Man of the Year (2003), by José Henrique Fonseca, and Paid (2005, 30th Mostra), directed by Laurence Lamers. The Kiss is his first feature film as a director.